What About the Kids? Lead Testing in Public Schools

Home /Water/What About the Kids? Lead Testing in Public Schools 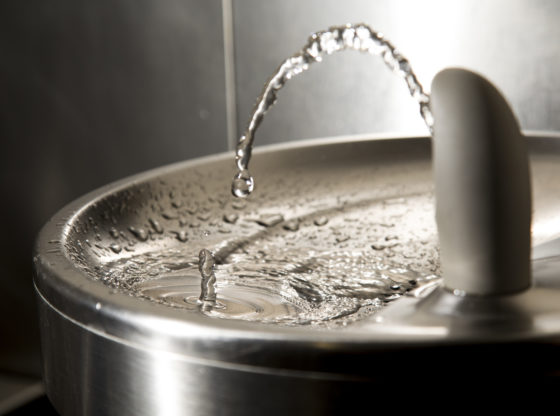 Ohio school districts have tested drinking water fountains and faucets in several school buildings for the past year and a half. Records from the Ohio Facilities Construction Commission showed about 10 percent of these fixtures had elevated levels of lead in the water.

Since 2014, more than 100,000 residents in Flint, Michigan were exposed to drinking water contaminated with lead. Due to insufficient water testing in the Flint River, people are questioning who is responsible and how drinking water is tested.

The question then expanded to how many kids may be affected from lead in drinking water fountains.

There’s no federal law that requires school to test for lead in the water.

Only seven states – California, Illinois, New York, New Jersey, Virginia, Maryland and Minnesota – require schools to test for lead in their drinking water. California became the most recent state in their legislation.

A 2018 survey contaminated by the U.S. Government Accountability Office estimated 41 percent of schools in the country, serving about 12 million students, had not tested for lead 2017.

Lead enters the water system when service pipes contain corroding lead, according to the Environmental Protection Agency. The website also said children and young infants are more vulnerable and lead can cause lowered IQ levels and brain and kidney damage.

The Safe Water Drinking Act of 1974 requires the EPA to determine the levels of contaminants in water where it will not cause major health effects.

George Joseph, the superintendent for Kent City Schools, took the initiative to test for lead in the school district after hearing about the drinking water incident in Flint.

The district hired an outside company to test the water in all the schools. Joseph said no lead was detected in the water.

Despite the results, the district took action and replaced the water fountains in all the schools to make sure students weren’t ever potentially exposed to lead. Joseph also said the district replaced most of its lead pipes.

The legislation include grants for schools built before 1990 so that districts could test the fixtures and replace those that dispensed water with lead levels above the federal limit.

According to the facilities commission’s website, the federal action level for lead in drinking water is 15 parts per billion (ppb).

Elizabeth Herndon,  a geology professor at Kent State University, offered other suggestions on what schools could do to help prevent lead in water, including installing special filters.

“There are filters that will remove different types of contaminants from the water and so you know (schools) need to get one specifically that removes lead,” Herndon said.

EcoOhio reached out to the Ohio EPA to find out how the agency handles lead testing. The agency was contacted twice by phone and twice by email.