According to Ohio Department of Natural Resources, common reed is a tall, perennial wetland grass that grows from five to ten feet tall. It forms a dense network of rhizomes with deep roots and vertical stalks grow from the rhizomes, creating dense colonies. The stiff, hollow stalks extend to one and a half to two inch wide leaves. In late July and August, purple or golden flowers form bushy panicles. Due to seed maturation, the panicles appear fluffy due to the hairy, gray seeds.

Cutting, pulling or mowing in late July is an option for several years. Prescribed burning should only be done after the plant has flowered, either alone or in combination with herbicide treatment. Herbicide application is most effective in the late summer or early fall, after tasseling, and should be applied at least two years in a row depending on the size of the population. Fusilade, a grass-specific herbicide, can be applied in non-aquatic habitats. Habitat/Polaris is best used for extensive monocultures as it is a residual herbicide, but is extremely effective on Phragmites. Be sure to use a non-ionic surfactant with the herbicide in wet areas. Application methods may include aerial spraying, hand-held or backpack sprayers, and hand-wicking. Extensive populations have rhizome networks and will require multiple
applications to achieve effective control. 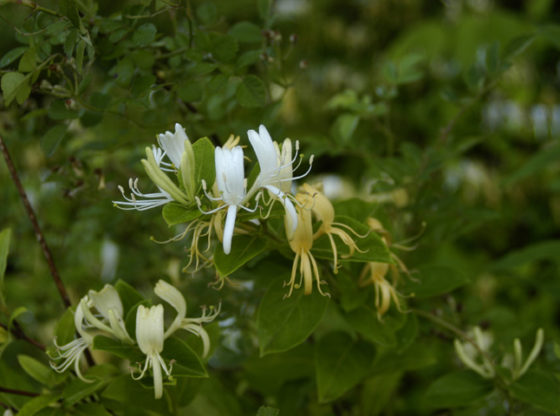