Does Coal in Ohio Have a Future? 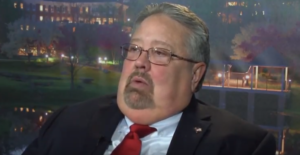 The “Old” Coal Economy
Coal has been the driving force for the economy of Southern Appalachian Ohio since the early 1700’s. Appalachia refers to the 13 states that the Appalachian Mountains run through. It starts in Southern New York and ends in Northern Mississippi. But the coal economy in this region has been in a steady decline since the early 1920’s when oil began to replace coal as a popular energy source.

After oil became the choice source of fuel, companies in the mining industry left the rural Appalachian Ohio counties and moved to different parts of the state or different parts of the country. Because jobs were leaving, people that could afford to, left the region and moved to larger cities in Ohio like Akron or Cleveland and the people that could not afford to, stayed in the coal towns.

“There were probably 35,000 direct coal mining jobs in the state,” he said.

As the demand from energy began to shift from coal to natural gas, fracking began to gain popularity and many of the major players in the coal industry made the switch and coal was no longer the most sought after source of energy.

With the social, political, sustainable and economic shift to renewable energy the demand for coal continues to decline and the price of coal is no longer sustainable for coal mining companies that are still in the industry.

The Coal Economy Today
Because there are significantly less coal mines in Ohio now than in the 1800s, there are also a great decrease in the jobs available in Appalachian Ohio.

“ There are about 2,800 minors actively involved…there’s about seven to ten additional jobs that are supported by each one of those individual miners,” Cope said.

But even though there are still a few mining jobs left, the government has stepped in to attempt to support the struggling economy. In a information fact sheet from the Appalachian Regional Committee, the committee along with the Ohio Governor’s Office, granted the Ohio Appalachian counties over $10 million to assist with stimulating the economy in those distressed communities.

What Can Trump Do?
Many political analysts agree that then-candidate Trump’s campaigning to coal country was a big factor in his presidential victory. Trump made many promises to the industry, from bringing back jobs to killing what he calls “job-killing regulations.” Cope believes some of the hype.

“We have been able to withstand the attack from the Obama administration using the EPA as a proxy to virtually run us out of business,” he said over the phone.

Cope said Trump has already shown improvement over the last presidential administration by axing regulations set by the Obama-run EPA. Chief among them is a proposal to repeal Obama’s Clean Power Plan, which is designed to fight climate change but which Cope criticized as “over-reaching regulations.”

“We’re encouraged that we’re working with folks who are now committed to working within the confines of the law as it was written in the Clean Air Act,” he said. “[The Obama EPA] was over-extending their reach in terms of certain types of regulations.”

Trump’s EPA controversially reversed a regulation that prohibited coal companies from dumping in bodies of water, including streams and ponds. Currently the Trump administration is considering raising limits on the levels of mercury in coal plant emissions. The president called those regulations “job-killing,” but Cope said the deregulation would increase stability in the industry more than anything.

“I wouldn’t say (these policies will help us) ‘grow’ at this point, but rather stopping any further erosion as a result of the EPA’s political agenda,” he said.

The Situation in Ohio
Rosebud Mining Corporation in Columbiana, OH, is among eight coal companies in Ohio with reserves that supply the coal market throughout the state. Cope said that Ohio’s coal deposits are bituminous.

“Bituminous coal is called ‘steam coal’ because it is almost entirely used to power the steam turbines in a coal powered electrical generating facilities,” Cope said.

Cope said the mining industry has taken steps to be environmentally friendly and continues to invest in new technology to further reduce pollution including CO2.

Since 1970, which would be considered the modern era of mining, the industry has invested 122 billion dollars into emissions control with a resulting 93 percent reduction in sulfur dioxide (SO2), nitrogen oxides (NOx), and particulate matter (smoky pollution).

All surface mining is required to reclaim the mine to the contour of its previous state and insure appropriate renewal of all vegetation and water quality. President Cope and his team are currently working closely in the Ohio General Assembly on HB 114, known as the renewable bill.

“It is our position that the free market should determine energy prices and the government should not mandate certain types of energy to which the bill speaks,” he said.

Cope explained that after eight years of regulations by the Obama Administration, the current administration is returning its regulators, especially the EPA, to what he called the “rule of law.”

He claimed the coal industry isn’t shutting down any time soon, and the Clean Air Act is being enforced.

Can anyone do anything?
Brian Lego — a Research Assistant Professor for the College of Business and Economics at West Virginia University – forecasted a bleak picture for the future of coal.

“It’s not much of a surprise that the industry is going to decline over the next couple of decades,” he said, referencing the decreasing value of coal.

While the report focuses on West Virginia, it is bad news for coal around the country.

But coal is currently “stable,” he said, and its “tough run” from 2012-2016 is about over. Lego said this is due to the foreign market demand for coal in countries like India, Brazil and Ukraine. But foreign need will not last, as those countries continue to develop alternative energies.

Cope had a simpler answer: money.

He said many renewable methods are cheap now because of subsidization and often, they are much less reliable when compared to coal. Renewable energy cannot produce the same amount of energy and may not be as widely available as coal, he said.

“It’s going to take a lot of time for renewables to be able to produce nearly the amount of kilowatt-hours or megawatt-hours that are needed for this state,” he said. “They’re clean, but they may not be reliable.”

The Energy Information Administration, a federal organization responsible for providing policy-making information, reported in 2017 that coal fueled 58 percent of electricity generation in Ohio, 24 percent was natural gas, and nuclear energy was 15 percent. Renewables make up a tiny percentage of overall production.

Is “clean coal” the future?
Last year, Trump made the news for making a bold claim on so-called “clean coal.”

“We’ve ended the war on beautiful, clean coal,” Trump said at a rally. “It’s just been announced that a second, brand-new coal mine, where they’re going to take out clean coal — meaning, they’re taking out coal. They’re going to clean it — is opening in the state of Pennsylvania, the second one.”

While this specific description of the process is not correct, the race for discovering a cleaner version of coal has spanned the last decade. Some claim it exists. University of Cincinnati associate professor of chemical engineering Joo-Youp Lee is one of those people. 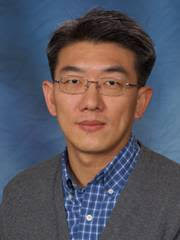 “It has become a reality,” Lee said.

Lee researches clean coal technology that works to scrub coal plant emissions of harmful chemicals like mercury and CO2. He developed a catalyst – a substance that speeds up a chemical reaction –  for cleaner coal emissions. This in turn separates “hard to reach” elemental mercury vapor into oxidized mercury, which can be easily separated from emissions coming from coal plants.

“Coal is one of the most abundant energy resources in this country and also worldwide,” he said, explaining his research. “It’s the easiest resource to find on an economic level.”

Lee said there are several ways to make emissions cleaner. The first is his oxidation method using the catalyst. The second is absorbing the harmful chemicals from the emissions. The third is adsorption, the process of getting molecules to stick to a surface. But there is one large barrier to using any of those methods as widespread solutions.

“The ultimate goal is commercialization,” Lee said. “There are already business entities who need a technical expertise. In that case, we collaborate with those people.”

In theory, companies should be able to use methods like Lee’s to clean their emissions, but without affordable or well-known options, the process might be too expensive or unknown to the general public. Cost and availability are currently the biggest issues.

“If one has the technology and that technology is approved by the market, it will be commercialized,” he said.

But Lee believes his method is cost-effective and energy efficient, adding the energy derived from it might go to some renewable uses.

The coal mining industry single handedly fueled the economy of Southern Ohio for decades. But the demand and quantity of coal is rapidly declining.

Coal mining had been a powerhouse industry in Ohio since the 1800s but it was largely unregulated. The regulations surrounding coal mining have gotten stricter as the years go by, in order to stay in compliance with the Federal laws.

The state of Ohio began regulating mines in 1947 with the Strip Coal Mining Act. This law mandated that coal mine operators paid a bond of one hundred dollars for every acre that was mined, had a operating licenses and made sure that the land would be properly reclaimed after mining was done.

The Chief of the Division of Mineral Resources Management, at the Ohio Department of National Resources, Lanny E. Erdos said “The mining regulations have been significantly revised and strengthened over the years. Ohio’s first mining regulation in 1947 the Strip Coal Mining Act, only required a modest bond to ensure reclamation.

Erdos said that some of the more current regulations require mine operations to return the land to the natural slope and gradient in order to make sure the integrity of the land will remain stable in the future. In 1972 a revision to Ohio’s Strip Coal Mining Act stated that the topsoil must be replaced along with other requirements before the reclamation bond was released to the coal mining companies.

Because the states have to make sure that their regulations are in compliance with the federal laws, different administrations can have different impacts on the industry. President of the National Coal Association, Mike Cope is appreciative that the Obama era coal regulations are no longer in effect.

“We were able to withstand the attack by the Obama Administration, using the EPA as a proxy to virtually run us out of business,” Cope said.

Because coal production declined so quickly, so did the number of coal jobs.

“ There are about 2,800 minors actively involved…there’s about seven to ten additional jobs that are supported by each one of those individual miners,” Cope said.

The coal economy is still declining but some of that land is being repurposed for industries like surface mining. Appalachia Ohio is continuing to seek economic stability in a changing economic. The government also aids in the rebuilding of that economy by funding programming geared toward educating the citizens in those communities.

The government and the Southern Ohio community plan to keep working to not only stabilize the economy, but produce a flourishing economy again.