7 Invasive species you may come across in Ohio

Home /Featured, Flora and fauna/7 Invasive species you may come across in Ohio

Japanese honeysuckle thrives in disturbed environments, which makes it difficult to eradicate. According to the Ohio Department of Natural Resources they are most commonly found around roadsides, trails, abandoned fields and edges of forests. They tend to flourish after disturbances like storms and floods. One of the best methods to get rid of them is burning in combination with systematic herbicide. Often, the eradication of the Japanese honeysuckle also leads to native honeysuckles being killed or damaged because they look similar.

Similar to Japanese honeysuckle, garlic mustard can be found along forest edges and nature trails. From there it can spread into the forest if tracked in by campers and animals. The reason this plant is so dangerous to others is that it grows rapidly releases a chemical that can prohibit the growth of other plants. There are a couple different treatments that can be used to eradicate garlic mustard according to The Ohio State University’s college of food, agricultural and environmental studies. It is easier to remove them before the flowers bloom by digging them up, or in heavily effected areas herbicide can work better.

Buckthorn is a highly invasive species with a rapid growth rate. The black berries it grows contribute to the rapid spread of the shrub. The Division of Forestry in the ODNR also says buckthorn is a threat because it serves as the alternate host for a type of fungal rust that kills oats and other cereal grains.

Purple loosestrife, although beautiful, is incredibly dangerous to wildlife. Originally, in the early 1800s it was brought from Europe to be used for medicine, but quickly became one of the most invasive species in the country. The Ohio Environmental Council describes purple loosestrife as being very adaptable. It can survive in dry or wet conditions which has led to a population decline in other species. When purple loosestrife grows in large quantities the best process to eliminate is herbicides.

According to The Ohio Invasive Plants Council, there is both a native and non-native strain of reed canary grass. However, the non-native strain grows much more quickly and in a wide variety of environments.This species can invade most types of wetlands, marshes, wet prairies, sedge meadows, fens, stream and river banks, ditches and seasonally wet areas. They are difficult to eradicate because extensive root systems allow it to return seasonally to the same environment. Like many invasive species it can be difficult to eradicate large groups of them because they have extensive root systems. Because of this the best way to remove them is herbicide. Allow they can be removed by pulling them out, the full root system would have to be removed too.

The multiflora rose has an extensive root system that can endure for years, according to The Ohio State University’s college of food, agricultural and environmental sciences. The multiflora rose is a noxious weed which means it has an aggressive nature. It is typically found in uncultivated and undisturbed areas, which has led to the decrease in population of other plants that are native to those areas. It also is a climbing plant so it grows along fences and other abandoned structures.

A native alternative to the autumn olive is the black haw, which looks similar to it’s non-native alternate. Autumn olives can survive in very poor soil conditions, which makes it adaptable to bad environments, according to the ODNR. It grows in disturbed areas like roadsides, pastures and fields. It can be eradicated by being cut and and then treated with herbicide. If not treated with herbicide then the plant can grow back and continue to spread. Usually if both of these methods aren’t applied then eradication can be very difficult. Autumn olive used to be used to control erosion, but the good intentions ended up negatively effected the environment. The first attempts to remove the autumn olive only made the problem worse, the plant blocks sunlight from plants that need lots of sunlight and because of the attempts to remove it the problem became much worse. Also, because birds are attracted to the seeds it created another problem of the invasive species spreading. Autumn olives have become one of the most troublesome shrubs in Ohio, but it can be treated with herbicide when faced with large quantities of it.

addiegall
Set your Author Custom HTML Tab Content on your Profile page
List: Which natural gas pipelines pass through Ohio, and are they safe?
Two of the most common hazardous wastes — including one that could be in your own home

A Tale of Two Cities:… 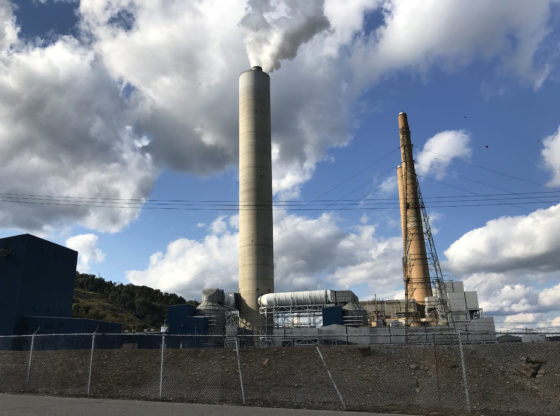